The Rise of Blockchain in Africa

The Rise of Blockchain in Africa | Image Source: Pixabay

Blockchain technology is proving itself useful across the world, and Africa is one place where those benefits can be seen the most. While other continents already have complex infrastructures in place that blockchains are disrupting, many African countries do not have the same level of infrastructure to “get in the way”. The bottom line is that blockchains can be implemented with greater ease in parts of Africa.

The most notable way that blockchains can help African communities is in its connection to bitcoin and by providing a new option to unbanked populations. According to the World Bank Group, most of the world’s unbanked populations are concentrated in Asia and Sub-Saharan Africa, with an estimated 350 million Africans without access to a bank account.

Blockchain and bitcoin can counter this problem by offering financial services and methods of receiving and sending payments with a bitcoin wallet. The Bitcoin wallet offered by Luno is one of the most popular choices for Africans because the company already has head offices in Nigeria — a developing nation — and South Africa, a blockchain leader.

Owning a bitcoin wallet will allow Africans to buy, trade, and even set up businesses. Yet, blockchains are helping African countries in more ways than bitcoin payments alone.

The aforementioned lacking infrastructure in some African countries can be enhanced with the inclusion of blockchains. By using blockchains to record the identity of people, health records, voting and even taxation, communities can become safer, fairer and healthier places.

There is also potential that blockchain can be used in the above ways to prevent fraud and crime. By stamping out incidents of corruption across African communities, those communities have an improved chance of prosperity.

Some African businesses struggle to agree to trade and business deals with suppliers due to a lack of information or history about their finances. Also, international companies in other continents are less likely to engage with new African businesses without a reputation. But blockchain provides a solution to these challenges via what is known as smart contracts.

A smart contract can be used to ensure the African company executes its responsibility before the money is released. This provides partnering companies and suppliers with protection, while also enabling African businesses to participate in trade. Using smart contracts is also cost-effective without the need for lawyers to draw up contracts.

Not only are there opportunities for blockchain in Africa, but Africans appear to be ready to embrace them. Figures regarding online searches for bitcoin and blockchain in the previous year have the highest volume in African countries, namely South Africa and Ghana with the most.

With a culture of app payments and the spread of the internet across the second-fastest growing economy in the world, Africa is poised to utilise blockchains for improved business, safety and healthcare.

What are your thoughts on the rise of Blockchain in Africa? Do let me know by leaving a comment below.

How To Make Money Buying And Selling Ethereum In Nigeria
TweetEmail TweetEmailDespite the recent dip in the value of the major cryptocurrencies, the future of digital currencies remains very bright. In fact, a report published on the Independent predicts...

How To Make Money With Bitcoin In Nigeria, Africa, Or Anywhere Around The World
TweetEmail TweetEmailCryptocurrencies like the bitcoin, Ethereum, Litecoin, and much more which simply started as an alternative to the world’s global payment systems have not just exceeded all expectations, but...

« 35+ Hot-Selling Products to Sell Before, During, & After Christmas And The New Year
The Importance Of A Shareholders Agreement To Every Small Business » 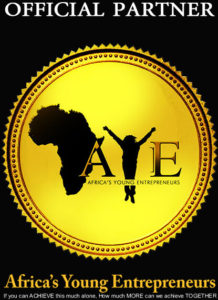